India has most elected representatives than the entire world together: Former Union Minister Mani Shanker Aiyar while addressing a session on Democracy and Decentralization in the city

Aiyar doesn’t see any problem in women sarpanches husbands helping and guiding them in their rule in the local bodies. 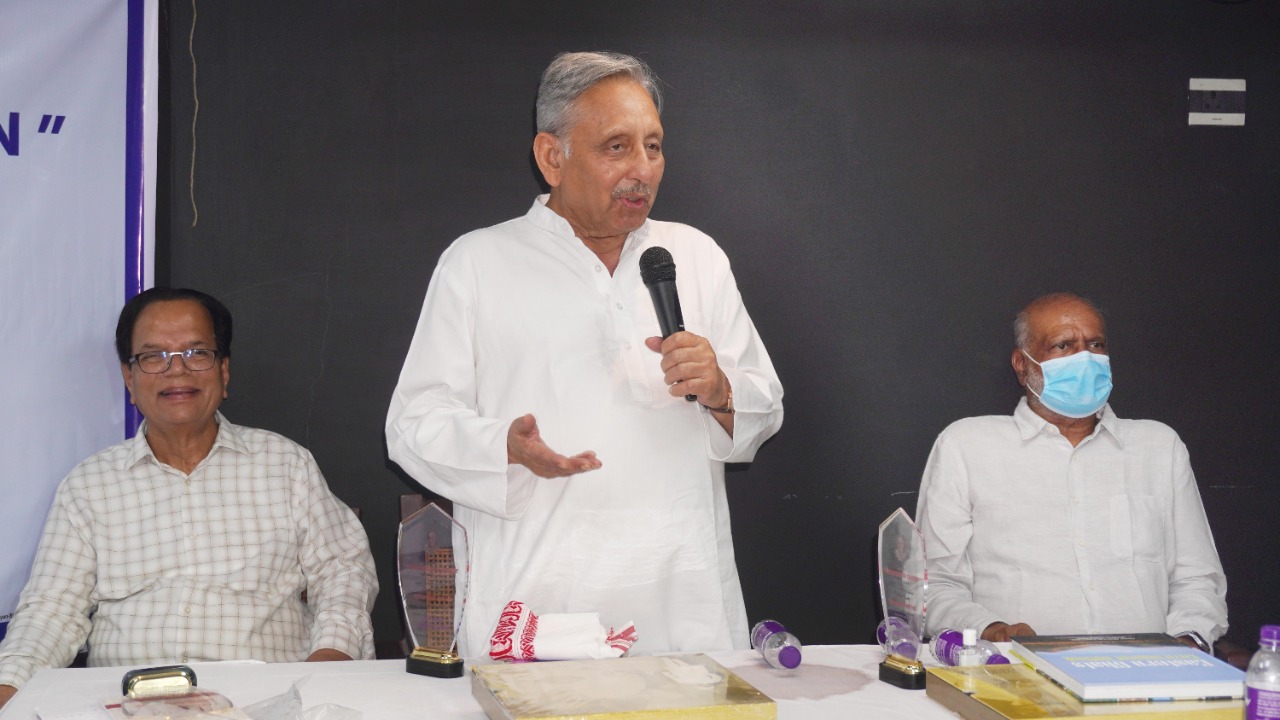 Hyderabad, May 09, 2022.......The senior Congress leader and a former Union Minister Mr. Mani Shanker Aiyar addressed a session on ‘Democracy and Decentralization’ in Hyderabad. It was held on Saturday evening at Guruswamy Centre in West Marredpally in Secunderabad.

More than 200 people including a few Sarpanches attended the session.

Speaking on the occasion Mr Aiyar said India has more elected representatives including women than the entire world together.  We have 2.5 lakh gram panchayats. From them we have elected 34 lakh representatives. Of this 14 lakh are women. Once upon a time we used to have just 5000 representatives once upon a time but thanks to the visionary legislation’s of late Pandit Jawaharlal Nehru and Rajiv Gandhi we have today 34 lakhs.

15 states in our country have 50 per cent reservations for women and I would like to see many follow the suit.

Many have been making hue and cry that Sarpanch Pati is the roadblock to women's political participation.  Many complain that women sarpanches have become faceless even after twenty five years after 33% reservation given to women in local self governance. I don’t see it as a proxy rule.  Husband guiding wife is not wrong.  Which is very normal in our day to day life?  My wife brings me to the ground when I hover in the air and vice versa.

Mr Aiyar said that many talk about Sarpanch pati (husband of Sarpanch) ruling. Why not?. Husbands and wife must help each other. They are one unit. But they must not misuse powers, manipulate, he added

India needs strong panchayats. They are the basis for strong democracy, he said

Speaking on the occasion Prof Purushotham said Panchayats are powerful on paper but not in reality.

Guruswamy said current systems of Panchayat raj must be reformed.

The subject has gained a lot of interest in the recent past due to the prevailing state of affairs.