Skip to main content
WeNATUREearth is a neo-ecological commune that offers ecological citizenship to all those who want to be active preserving the environment. They are enabling and incentivising people to initiative ecological transitions to undo the damage that has already been caused by the industrialised society.

[Singapore] dated July 5th, 2021- WeNATUREearth is a one of its own kind of initiative as it aims at bringing forth the mainstreaming of ecological citizenship because it is high time that people started owning up for the damage inflicted on the environment at the expense of industrial development and consumption-based lifestyle.

WeNATUREearth is essentially a neo-ecological commune whose mandate is to enable more people to be conscious and mindful that they still have optimism and determinism to make a meaningful transition to ecological way of living that could mitigate the damage inflicted on Mother Earth so far. 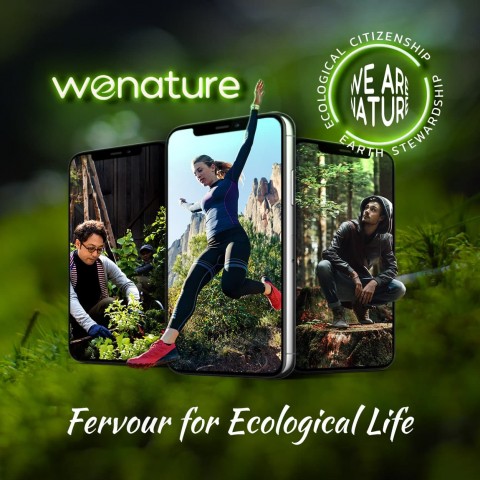 One of the key spokesmen for this commune was quoted as saying, “We are extremely dedicated to this approach and want more and more people to understand the need to make the transition. We want to move away from industrial and consumption-based way of life and start an ecological transition so that humans and earth can coexist in harmony. We believe that the right actions if taken now has the power to retain mother earth’s life sustaining ability for long.”

The alpha catapult for WeNATUREearth was on April 22nd, 2021 which was in conjunction with the Earth Day. In less than a month; they have managed to gather as many as 7000 communers and the number is likely to keep growing.

With such a purposeful initiative, the commune is hopeful that more and more people will come forward and seek their ecological citizenship because the Earth surely is in grave danger of human exploitation continues at the ongoing pace. However, there is still time for remedial measures and it is with the ecological citizenship that the right transition can occur.

The massive climate change is surely a cause of alarm however rather than whining and fretting, WeNATUREearth believes in bringing about a healthy change by switching from consumer based approach to ecological life approach. All those who would like to explore more about this non-territorial ecological citizenship should make it a point to visit https://wenature.earth

WeNATUREearth happens to be a neo-ecological commune that emphasises strongly on changing the way we live. This commune wants people to seek for ecological citizenship and contribute towards the kind of ecological living that will conserve the Earth rather than exploit it.