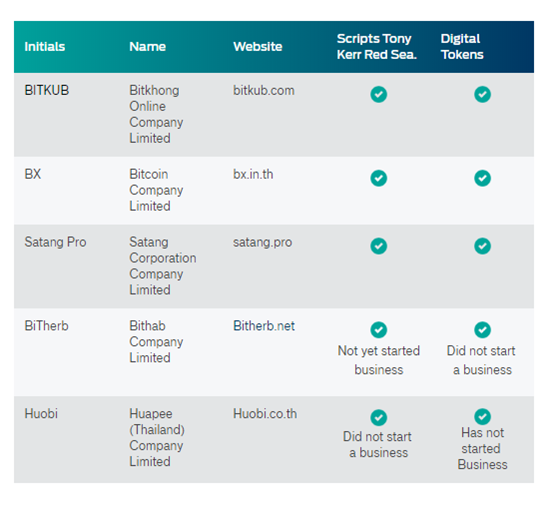 "Huobi Thailand is built on Huobi Cloud, which provides a one-stop solution for global digital asset exchanges. Huobi Thailand will provide Thai users with secure and reliable digital asset trading services through Huobi Cloud’s verified technical capabilities. In the field of digital asset trading,Huobi is one of the largest exchanges in the world by trading volume and has accumulated six years of experience in safe operation. After entering Thailand, Huobi will also actively cooperate with the government and local enterprises to explore the application scenarios of blockchain." said by Sakda, head of Huobi Thailand.

In the last two years, Thailand has improved legislation on digital assets to provide a safe investment environment for investors. In May 2018, SEC, Thailand's digital assets regulator, announced that all companies in Thailand involved in digital asset business would only operate after receiving the license. It also required existing companies with related businesses to submit applications for licenses within 90 days. In January, after four months of approval period, Bitcoin Exchange, Bitkub Online, Satang Corporation and a digital asset broker successfully received the licenses, while the applications of three other companies were denied.

On May 14, the Royal Decree on Digital Asset Businesses B.E. 2561 (2018) (hereinafter referred to as the “Royal Decree”) went into effect. The Decree, which consists of 100 sections, clearly defines and classifies of digital assets, the business scope of virtual currency, and the subject and authority of supervision. In addition, the Decree also outlines strict prohibition against insider trading and market manipulation, and sets punishments for violators.

In addition to regulated exchanges, Thailand’s government is also actively exploring the other blockchain applications. In August, the Bank of Thailand announced the development of Intanon, its official virtual currency. Intanon would be based on the distributed ledger technology developed by R3 and CORDA platform, which aimed to use blockchain technology to improve the efficiency of interbank payments. Eight commercial banks in Thailand, including Standard Chartered Bank of Thailand and HSBC, announced support for the project.

As one of the world's leading digital asset service providers, Huobi has a deep global layout with licenses and compliance teams across a number of regions. Its strategic partner in the United States holds a MSB as well as MTL licenses in 12 states. In Japan, Huobi has obtained No.0007 exchange license. In addition, Huobi has obtained one of the first DLT license under Gibraltar’s purpose build regulatory regime.